I am sharing this strange story that took place 1977.  My father was one of the owners of Maplewood Nursing Home (currently Maplewood Sauk Prairie Health and Rehabilitation Center). One day he received an emergency call regarding an elephant that got loose from the Ringling Brothers Circus. The elephant (likely in fear and confusion) charged thru the nursing home’s entrance door. Fortunately no one was hurt. 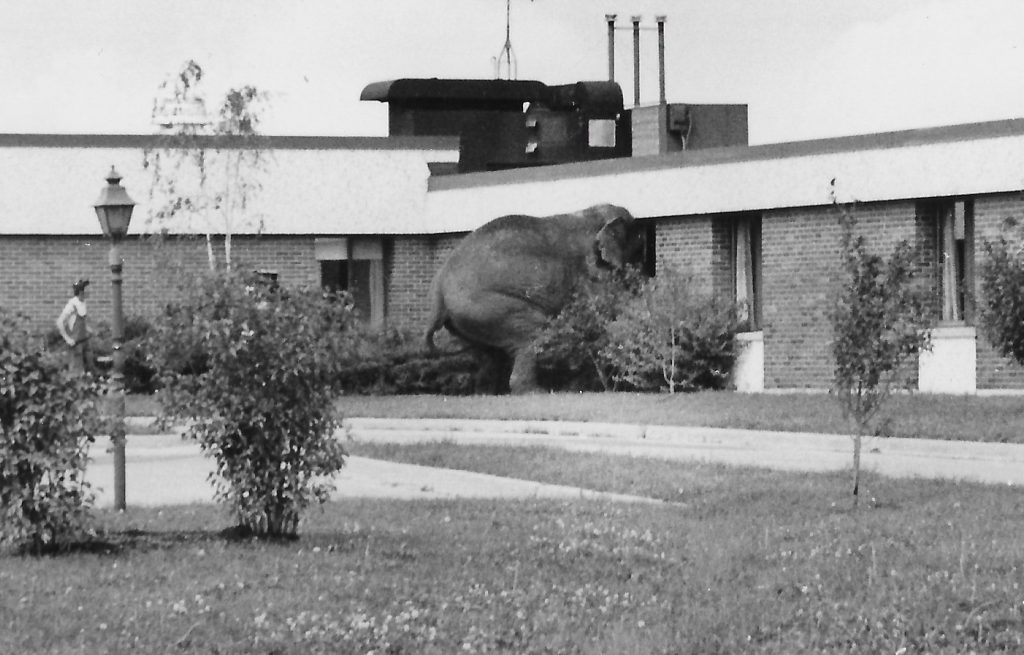 SAUK CITY, Wis. (AP) – Seventy-one-year-old Tillie Nolden was having lunch in bed when she saw Barbara breeze by.

“I thought I  was surely going mad,” she said. “Did I really see an elephant?” She did. And so did many of the 90 other residents of the Maplewood Nursing Home, most of them 75 or older.

“Nothing much ever happens around here, but this was real excitement,” said nurse Marjorie Krause.

It all began when six-ton Barbara, who created a sensation in Fond du Lac in July when she ran loose for several hours, bolted as she and other elephants helped raise the main tent at the Carson & Barnes Circus for a one-night stand Sunday at this central Wisconsin community.

Despite chain shackles on her forelegs, Barbara, 38, which is late middle-age for an elephant, outdistanced dozens of pursuing spectators who had been watching the tent raising.

“Everyone was chasing her. It made it worse,” circus manager D.R. Miller said. Barbara roamed four miles to Maplewood. There, she crashed through a four-foot high plate glass window and the surrounding wall into an elderly woman’s room.

Luckily, the woman wasn’t in the room. “She’s usually right in front of that window, but it was lunchtime so the rooms and the halls were empty,” said Mrs. Krause.

The 10-foot-tall Barbara wasn’t content to stay put in the room. She smashed out of it through a door and into the hall. Tiles and light fixtures from the nine-foot ceiling went with her. Then she raced down a hall past nurses who were so astonished they “couldn’t say anything,” Mrs. Krause said. 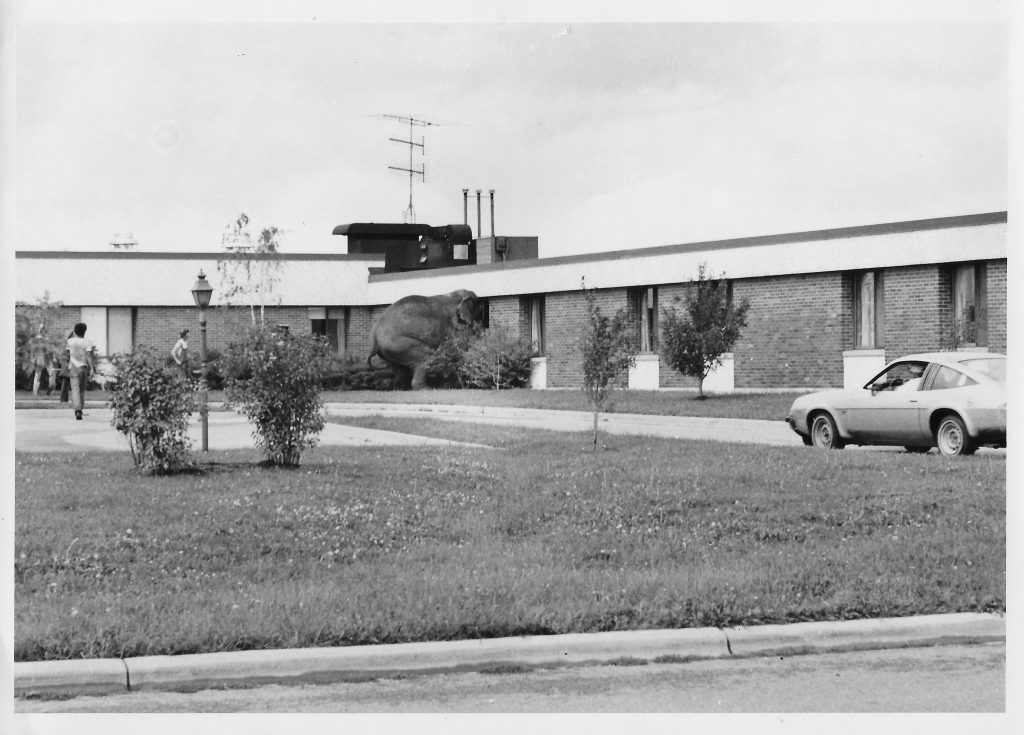 Find out more about Connie at